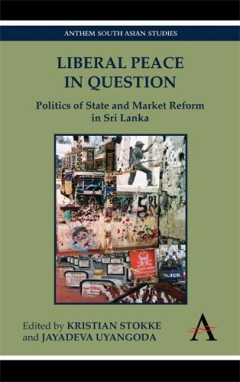 'A valuable edited volume on a paradigm for peace making which will both inform and enrich academic and policy level debate on the subject, and the particular challenge Sri Lanka now faces of moving from a post-war to a post-conflict situation.' —Paikiasothy Saravanamuttu, Executive Director, Centre for Policy Alternatives (CPA), Sri Lanka

'The essays in this book deserve a wide readership. Together they provide an illuminating examination of the failure of international attempts to craft a liberal peace in Sri Lanka, in the context of analyses of the impacts of neo-liberalism on Sri Lanka’s polity, economy and society. Their findings are certainly not happy ones, but they are of great importance for all those who are concerned with peace-building, both in general and in Sri Lanka in particular.' —John Harriss, Professor and Director, School for International Studies, Simon Fraser University, Canada

The present book examines the internationally facilitated peace process between the Government of Sri Lanka (GOSL) and the Liberation Tigers of Tamil Eelam (LTTE) in order to provide critical insights on contemporary attempts at crafting liberal peace in intrastate conflicts. The general argument is for a broadened political perspective on conflict resolution, extending the focus from the narrow confines of formal peace negotiations and elitist crafting of liberal peace, to the contextual politics of state reforms for group rights and power-sharing and the associated politics of economic reforms for neoliberal development. In examining the contextual politics of state and market reforms in Sri Lanka, the book highlight the tensions between liberal peace and Sinhalese and Tamil nationalisms, demonstrated in the contestations over political exclusion vs. inclusion in peace negotiations, individual human rights vs. group rights, territorial power sharing vs. state sovereignty and neoliberal development vs. social welfare. 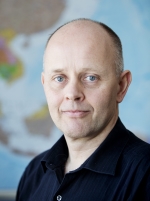 Kristian Stokke is professor of human geography at the University of Oslo (Norway), specialising in movement politics, democratisation and conflict transformation.

Jayadeva Uyangoda is professor of political science at the University of Colombo (Sri Lanka) and an acknowledged authority on conflicts in Sri Lanka and South Asia.