Marianne Nordli Hansen and Maren Toft: Wealth Accumulation and Opportunity Hoarding: Class-Origin Wealth Gaps over a Quarter of a Century in a Scandinavian Country 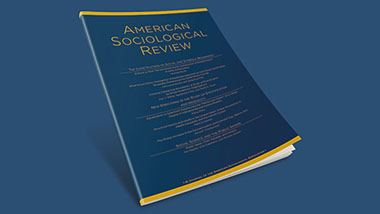 Although the Scandinavian countries are often considered to epitomize social democratic governance, Scandinavia’s profound wealth inequalities, seen in relation to the more modest income differences, constitutes a fascinating paradox. Drawing on class theoretical concerns with strategies for reproduction and a Bourdieusian emphasis on class fractions, we explore how class-origin wealth gaps evolved over the past 25 years in Norway, and how they compare to class-origin income gaps. First, we find that class-origin wealth gaps have increased in recent years, whereas income inequalities are fairly persistent among men, and increasing among women. We find that educational attainment is important for channeling income inequality, but that education is less important for understanding wealth gaps. Second, we document differences between people whose family contexts were most highly endowed with economic capital and those who grew up in families that were engaged in cultural fields or the professions. Finally, we highlight how analyses based solely on net worth neglect important ways class origin perpetuates and accelerates wealth inequalities via the acquisition of debt. We argue that recent decades have fostered new instruments for opportunity hoarding that are most successfully used by the sons and daughters of the economic upper class.