Per Haave og Willy Pedersen: The Promise an Demise of LSD Psychotherapy in Norway

Published in Social History of Medicine, 2020. 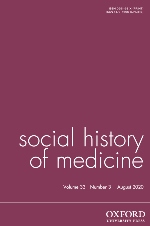 Per Haave and Willy Pedersen

In the early-to-mid 1960s, there was considerable use of LSD in psychotherapy in several countries. However, its use gradually levelled off. Two explanations have been suggested: The first revolves around a ‘moral panic’ in the wake of the introduction of cannabis and LSD by subcultural youth groups. The second focuses on the lack of proof for the therapeutic efficacy of LSD at a time when double-blind designs became the gold standard. Using available sources, we explore the Norwegian case. Both explanations are supported: Even before illegal drug use had taken root in youth subcultures, scepticism was gradually building among key figures in the Norwegian healthcare system due to lack of evidence for therapeutic efficacy. This scepticism only increased when the new youth subcultures became visible in the mid-1960s and when the ‘war on drugs’ transformed the drug policy.

Read the article in Social History of Medicine.