Solidarity tested: The case of the Norwegian Confederation of Trade Unions (LO‐Norway) and its contradictory climate change policies

In an article in Area, Camilla Houeland, David C. Jordhus‐Lier and Frida Hambro Angell analyze the confrontation of opposing climate policy positions in the build‐up to the 2017 LO‐Norway congress. 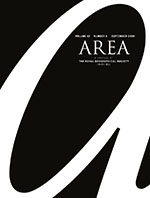 The paper examines how organised labour as an important strategic actor in the political economy engages with climate change mitigation policies. By using The Norwegian Confederation of Trade Unions (LO‐Norway) as a case study, we investigate how sectoral unions view the national confederation as a contested space of engagement in which they promote their positions on petroleum extraction and environmental conservation around the Lofoten archipelago. Affiliate unions of LO‐Norway legitimise their policy positions through claims of sectoral and regional representation. The analysis traces the confrontation of these policy positions as inter‐union solidarity was put to the test in the build‐up to the 2017 LO‐Norway congress. While an emerging climate agenda seemingly opened a discursive window for a policy shift within LO‐Norway at the 2017 congress, we show how institutional norms harnessed claims of sectoral and regional dependence and maintained unity within the national confederation.

Read the article in Area.