Ewa Jarosz and Alexi Gugushvili: The ‘good life’ of Polish migrants in Britain: Daily behaviours and subjective well‐being of migrants, stayers and the British

Published in Population, Space and Place, 2020. 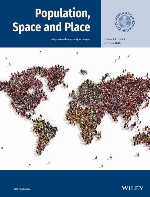 The situation of Polish migrants in Britain has mostly been analysed from the labour market perspective. More recently, research has also addressed the topic of migrants' social connections, identity and integration. However, little is known about their everyday lifestyle practices, in particular the nonmarket behaviours, such as socialising or consumption. These behaviours are constitutive for migrants' ‘homemaking’ in Britain and may impact their mobility decisions. Using a pooled data set of two nationally representative time‐use surveys (Polish and British), this study analysed how much time migrants allocated on a daily basis to selected nonmarket activities and compared it to time‐use patterns of the British and of Poles living in Poland. Regarding behaviours, Polish migrants were more similar to the British than to Poles in Poland. However, they spent least time socialising and showed very low participation rates in civic and community activities. They also seemed to derive less satisfaction from social life than either stayers or the British.

Read the article in Population, Space and Place.