Anniken Hagelund: After the refugee crisis: public discourse and policy change in Denmark, Norway and Sweden 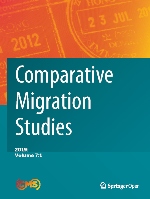 The refugee crisis of 2015 can be characterised as an exogenous shock, an immigration shock, which according to institutional theory may create a window of opportunity for path-breaking policy change. In all three Scandinavian countries a range of new policy proposals were made in order to stem the incoming migration. Although the direction of policy change pointed in a similar restrictive direction, the choice of policy instruments differed, as did the style and content of policy actors’ legitimizing and coordinating discourses.

Drawing on the analytical framework of discursive institutionalism, the three cases illustrate how a similar kind of external shock (the refugee crisis) was construed differently in different national public spheres, and generated different kinds of policy responses – in particular with respect to the social rights of refugees. The emphasis on legitimizing communicative discourse and coordinating discourse differed between the countries. In Sweden, the need to legitimize policy change normatively was acute. This mattered less in Denmark, where emphasis was on creating stable political support for a range of specific measures. Norway takes a mixed position between the two. Data includes a selection of media texts from six newspapers in 2015 as well as policy texts from 2015 and 2016.