The battle for truth: How online newspaper commenters defend their censored expressions

Katrine Fangen and Carina Riborg Holter have interviewed  15 people who were censored for posting comments of a racist, discriminatory or hateful nature. In an article in Poetics they write about what characterizes these online commenters' self-understanding and enemy images. 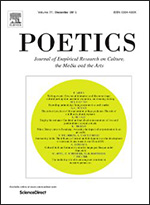 The presence of hate speech in the commentary field of online newspapers is a pressing challenge for free speech policy. We have conducted interviews with 15 people whose comments were censored for posting comments of a racist, discriminatory or hateful nature. What characterizes their self-understanding and enemy images? We found that central to their motivation for writing such comments was an understanding of themselves as particularly knowledgeable people. They see themselves as people who fight for the revelation of the truth, in contrast to the lies spread by politicians and the media. Furthermore, they regard politicians and the media as corrupt elites that are leading our society into destruction by their naïve support of liberal migration policies. By linking up to alternative news media, these individuals support various forms of racialized conspiracy theories, but also a form of radical right-wing populism in their concern that politics should be acted out by people themselves. As such, our study adds to the literature on conspiracy theories in general and racialized conspiracy theories in particular, but also to the literature on online far-right activists. Our contribution lies both in the newness of focusing on the self-perceptions, but also in opening up for a modification of existing literature on the far right.