The role of consensus in theories of deliberative democracy is discussed in a symposium edited by Cathrine Holst together with Henrik Friberg-Fernros and Johan Karlsson Schaffer. An overview of the debate is given in the introductory article written by the editors. 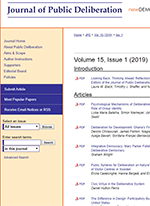