In a chapter titled "Norway: Ethnic (In)equality in a Social-Democratic Welfare State", Liza Reisel, Institute for Social Research, Are Skeie Hermansen and Marianne Takvam Kindt, University of Oslo / FAFO offer a systematic review of social science research in Norway on ethnic inequalities in education, from the period 1980–2017. 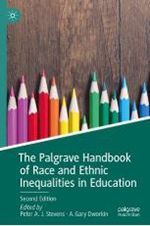 This chapter offers a systematic review of social science research in Norway on ethnic inequalities in education, from the period 1980–2017. Three broad research traditions are identified: (1) Ethnic inequalities in educational enrolment, achievement, and attainment; (2) Immigrant families and ethnic minority communities as resources for educational careers; and (3) Curriculum, teacher instruction, and student experiences with inclusion and exclusion. Most of the research conducted in Norway focuses on describing and explaining the educational outcomes of children of immigrants from non-European countries, and is characterized by the use of quantitative research methods and access to rich population-wide registry data. Main groups studied in the qualitative traditions are typically children of immigrants from Pakistan, Vietnam, Sri-Lanka, Morocco and Turkey. This rich body of research is written in both Norwegian and English, and has developed in a context characterized by a close collaborative relationship between researchers and the government, in response to a growing concern about social cohesion within the Norwegian social-democratic welfare state.