UiO Faculty of Social Sciences Department of Sociology and Human Geography
Main navigation
Back to uio.no
Sub navigation Menu
Research > Publications > Articles > 2018 > Class and status: on the misconstrual of the conceptual distinction and a neo-Bourdieusian alternative

Class and status: on the misconstrual of the conceptual distinction and a neo-Bourdieusian alternative

In this article, Magne P. Flemmen, Vegard Jarness and Lennart Rosenlund address the classical debate about the relationship between the economic and cultural aspects of social stratification. 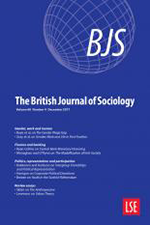 In this article, we address the classical debate about the relationship between the economic and cultural aspects of social stratification, typically cast in terms of Weber’s distinction between class and status. We discuss in particular Chan and Goldthorpe’s  inf luential,  yet  largely  unchallenged,  attempt  to  reinstate  a  strict  version  of  the  class-status  distinction,  mounted  as  an  attack  on  ‘Bourdieusian’  accounts. We argue that this is unconvincing in two respects: There are funda-mental  problems  with  their  conceptualization  of  status,  producing  a  peculiar  account  where  one  expression  of  status  honour  explains  the  other;  in  addition,  their portrayal of the Bourdieusian approach as one-dimensional is highly ques-tionable.

In contradiction of a reading of Bourdieu as discarding the class-status distinction, we develop an alternative, neo-Bourdieusian account that recognizes class and status as distinct aspects of stratification, thereby allowing for a subtle analysis of their empirical entwinement. The fruitfulness of this approach is dem-onstrated  by  analysing  the  homology  between  the  space  of  lifestyles  and  the  social  space  through  Multiple  Correspondence  Analysis  of  unusually  rich  data  about lifestyles. Importantly, we highlight the relative autonomy of these spaces: Although they exhibit a similar structure, they do not overlap completely.