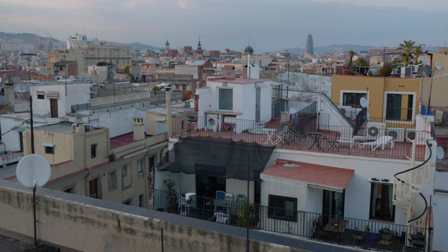 The city of Barcelona. View from the: hillside a less dense and wealthier population. (Photos by: S. Iblisdir)

Immigrants in the city

To put it simply, there are two main types of underprivileged neighbourhoods in Barcelona: the central and the peripheral ones. The first one is characterised by old buildings and narrow streets, with a high percentage of rented flats and a central position within the metropolitan geography, providing easy access to work, culture and transport facilities. The area is attractive to white-collar professionals, intellectuals or people coming from the European Union. As a consequence, these areas are heterogeneous, gathering immigrants from developing countries, former internal immigrants, low-skilled workers as well as more socio-economically advantaged people (both nationals and foreigners), and elder people living in poor conditions.

The peripheral neighbourhoods were constructed during the 1960’s and 1970’s during the arrival of internal migrants from rural and impoverished areas of Spain. These neighbourhoods are characterized by low-quality high-rise buildings. The current international immigrants tend to arrive to these zones, repeating the previous process. The immigrants’ socioeconomic characteristics tend to be repeated in this recent wave of immigration and this factor together with the neighbourhood’s socioeconomic hierarchy can explain these installation patterns, overriding nationality. There is a public perception believing that segregation has increased in Barcelona. However, what has actually happened is that the number of immigrants has risen, but not the unequal territorial distribution. 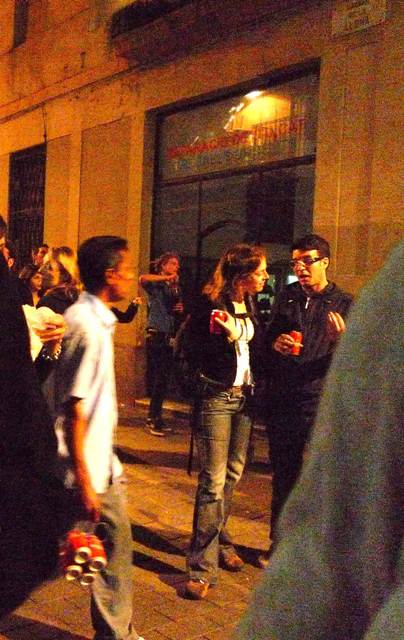 So far the EUMARGINS research team in Spain has interviewed 17 young people, with different origins and backgrounds. 7 of them are young women, and the rest are young men. 12 nationalities are represented, and the interviewees come from Asia, Africa, South America, Central Europe, and the rest of the European Union. Most of them came with a migratory project of their own, some for economic reasons and many of them came as students, looking for new experiences and opportunities. Others came as part of a family migration project. We have valuable information on how their paths change in time to become individual rather than family-oriented ones. All of the interviewees are first-generation migrants, and most of them have lived in Spain for at least 4 years. This is consistent with the well-known fact that international migration flow towards Spain is a recent phenomenon.

Inclusion and exclusion can be thought about as relational arenas in which social agents put forward their resources in order to obtain what they desire, and where the lack of resources has as a consequence a certain form of deprivation. It seems to be directly connected to educational or training opportunities and the resulting experiences in the labour market. These vary according to “starting-point” factors such as time of residence, legal working permit, family background (in terms of cultural and economic capital), social networks, and the knowledge of local languages (both Catalan and Castilian).

The labour market experiences of the young adults we have interviewed are very diverse, but at the same time there are some similar stories. In general, the young adult immigrants enter the labour market through low-skilled jobs. Some have managed to reach a better position. For these cases, the following factors are of significance: having a working permit, a certain time has passed since their arrival, educational credentials (certified training) and social networks.

A 29 year old woman from Serbia, having previously lived 6 years in England, and for 4 years and a half in Catalonia;

'Well, yeah, when I first came I felt really comfortable, but you then realise it’s easy to feel comfortable when you come as a visitor, the first impression, and this is confirmed by many people… The beach… but then you start… If you love here you begin to notice that there are some problems and all, and… I relate the city with the opportunities you are given and… in England… I had access to more information faster, I could move more freely, and… I had more opportunities, and it was me controlling the situation, more or less, I’m doing this and this, like that, but I don’t know if… If it’s me who hasn’t tried hard enough, but… I’m more… I don’t know, I don’t have as much options.'

M; 26 year old man from Mexico. He lived 4 years in Barcelona, but has now returned to Mexico; 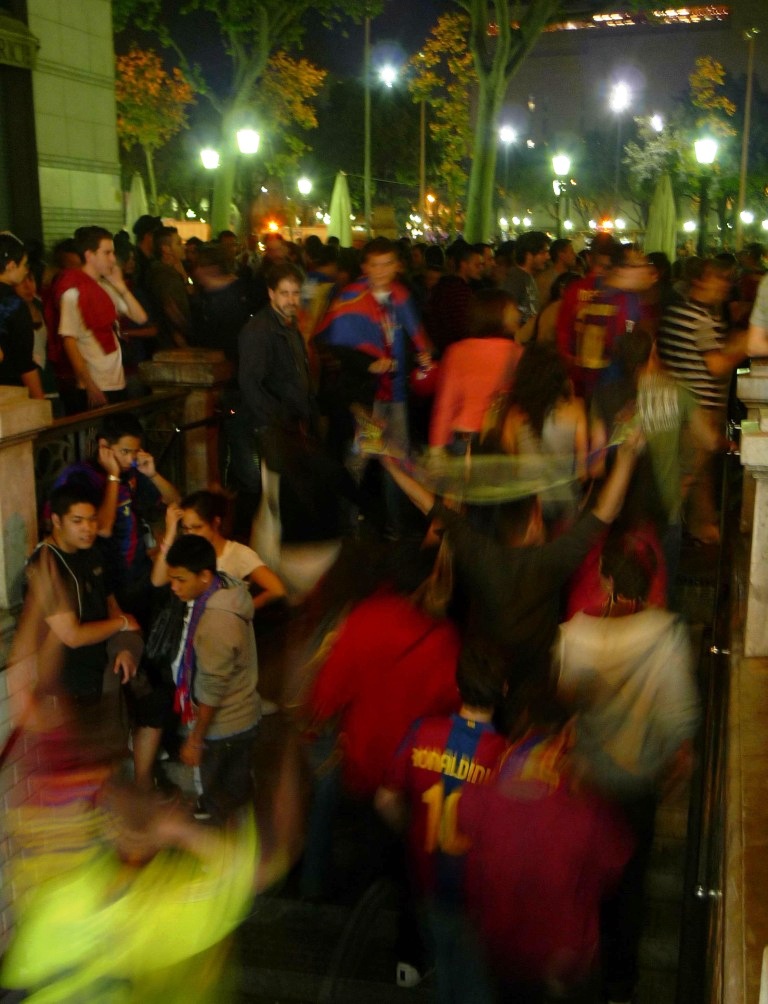 Interviewer: ‘In what place of the city do you feel the best? Or maybe it does not have to do with the place, but with the people surrounding you?’

Interviewer: ‘Wherever you may be?’

M: ‘I’m in a risky situation because I’m facing the Police. They’re searching me to get me, intern me, and expel me.’

B; 25 year old Chinese male, residing in a town at the outskirts of Barcelona;

Interviewer; ‘And… are you happy living in this neighbourhood or would you like to move to another part of the city?’

B: 'Not for the moment… It’s a good thing that I live where I do, I like to do sports in the open air, I don’t like gyms. For instance, you, or most of the people like to live in the city centre and then going to the gym, but I would like to do it in the open. It’s difficult to do so in the centre. You can jog or walk in la Barceloneta...but there is always lots of people, tourists… it’s difficult. But where I live there isn’t as many people, there is lots of space, you can do these kind of things. It’s a little bit far from here but there’s the metro and the bus. I can get here in 20 or 30 minutes, to the centre of the city. But yes, of course, I could move, but I won’t right now.'

Interviewer: 'And if you moved out, to what part of the city would you move to?'

B: 'To the city centre. I want to change, change… the setting… Yes, there are many things to do in this neighbourhood, it’s more convenient too, to go out at night, but it’s expensive. My friends, many of them live in smaller places towns, but work in Barcelona. It’s a normal thing.'