Charlynne - On the Inside

Charlynne Bryan is a 22-year-old woman from Dominica living in Leyton, East London. She is often assumed to be ‘Jamaican’ and interpolated as part of the black community coming to London in the mid-twentieth century. As such, she has had to learn to put up with misrecognitions and misunderstandings. Charlynne came to Britain as an 18 year old student and obtained a first class degree in Psychosocial Studies at the University of East London in 2009. Her participation in the EUMARGINS project has offered a way for her to document her experiences; she has kept a scrapbook and written a poem, and shares parts of her life with us through words and pictures. Read Charlynne's story. 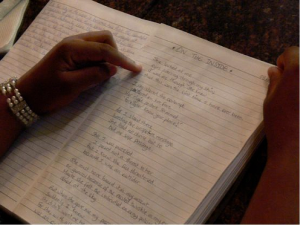 Charlynne's story is the last of three illustrative cases that are being published from the UK research context of EUMARGINS.