Binge Norway: Alcohol consumption in the transition to adulthood (completed)

Norway is a binge drinking country, and over half of 28-year old Norwegians binge drink on a typical drinking occasion (5 + units). Numerous research reports have highlighted the wide range of adverse consequences associated with this pattern of alcohol consumption, such as unintentional injuries, interpersonal violence, traffic accidents and social exclusion. However, the bulk of studies have been based on survey- and register-based data. Less is known about the ritual, symbolic and sociocultural aspects of binge drinking. What kind of norms regulates the use of alcohol? What kinds of sanctions are used against those who break such norms? How do binge drinkers tell stories about their experiences with alcohol use and intoxication? 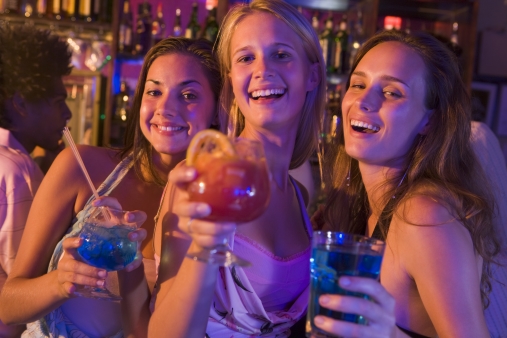 The study takes as a starting point that the attraction to binge drinking can only be understood in the more general context of socialization, partying and associated transgressive behaviors. Drinking and drunkenness are performed according to certain rules and rituals, and they may carry with them promises of social integration and experiences of community. However, subtle norms are easily misinterpreted, and the experience of intoxication can result in vulnerable situations, quarrels or violence, and lead up to negative emotions and social stigma. Both such integrative aspects and negative experiences are subsequently interpreted by the participants, individually and collectively. Recent research have, for instance, shown how participants in drinking parties often share drinking stories with each other, and that an important individual motive may be to build a repertoire of personal drinking stories. Thus, certain narratives may shape drinking events and situations, and a key aspect of this project will be to identify and discuss such narratives and narrative practices.

Another dimension of the binge drinking experience is related to space: The project is also designed to investigate how young people often seem to be attracted to certain “liminal places”, which may reflect their liminal status as “youth”. This may result in tensions with other generations. Such places may be commercial bars or clubs, or – for more marginal youth – parks or areas around malls in the city centers. Holidays and music festivals may give opportunities for unusual uses of legal and illegal substances. An interesting aspect of the celebration of high school graduation, called russefeiring, seems to be that the participants create such liminal spaces themselves, by means of buses which are rolling in groups around in the city, and even to other cities.

In all three data sets we have collected information about alcohol consumption, rituals and organization of parties, and the pleasures and pains of partying. We have also gone more in depth on themes related specifically to the specific festivities they were involved in. All data sets are coded by the same assistants, and some research topics will be investigated by means of all three data sets.

The project period is from 2013 to 2016. "The project is connected thematically and organizationally to the NFR-funded research project Cannabis: Subculture, Economy and Social Marginality.

Evind Fjær Grip (MA Sociology) is in charge of organizing data collection and coding, and he plays a key role in coordinating the project. Master student Kristine Vaadal writes her thesis based on data about from the project. Associate professor Sveinung Sandberg and professor Willy Pedersen are also attached to the project.