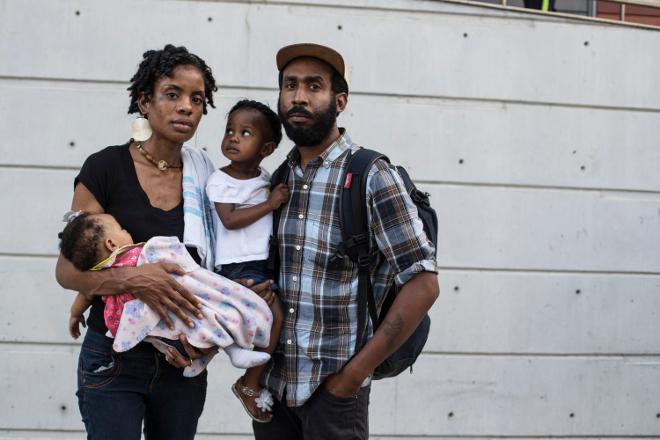 The number of American families living on $2.00 per person, per day, has skyrocketed to one and a half million American households, including about three million children. Photo: NTB Scanpix

This previously invisible group of people counts half a million American households, including about three million children. Kathryn Edin is one of the worlds’ leading researchers of poverty, and has worked with issues like welfare and low-wage work for more than 20 years. Her research group was stunned when they first began to discover the sheer number of people living in households with no income, where no one had jobs or was receiving public cash assistance.

The depth of the poverty, and the physical and mental problems that often resulted, were startling even to an experienced researcher.

- My first thought was that we'd found a whole new kind of poverty that we didn't think existed, and I wondered what was going on, Edin told John Hopkins Magazine in 2015. They even tried to prove themselves wrong, and reran the numbers, but ended up with the same results.

- These poor are whites, blacks, Latin-Americans, single mothers and married couples, urban and rural, Edin tells us – a very diverse group. And they are found everywhere in the US. They survive by trading food stamp coupons for cash, collecting scrap metals, seeking help from charities and selling their own blood plasma – if they manage to get enough food to maintain a sufficiently high level of iron.

They survive by trading food stamp coupons for cash, collecting scrap metals, seeking help from charities and selling their own blood plasma

According to Edin, changes in welfare reforms and in the labour market, together with rising rents, are the main reasons why the number of American families living on $2.00 per person, per day, has skyrocketed in recent years.

She was however also surprised by how strongly the $2 a day poor wanted to belong, to work, and to contribute to their communities. They took every job they could, and resented the idea of being dependents. Only 10 percent of these families get cash benefits, and all they want is stable, full-time jobs.

Most of her informants would not register for welfare benefits, even at the worst times. They wanted to support themselves. This is contrary to what politicians and commentators who favor restricting welfare benefits often state. In their opinion, people like Edin’s informants have fallen into poverty through a lack of initiative or personal responsibility, or prefer public handouts to working for a living.

- Everyone deserves an opportunity to work full time, to raise their children in a stable place of their own, and a strong safety net must exist as a last resort, Edin concludes.

Don`t miss out on her lecture on Tuesday 19th September in Aud.1, Eilert Sundts House.

This article is based on a written exchange with Edin Tuesday 12 of September, and an interview Edin gave to John Hopkins Magazine in 2015. Click here to read the full interview.