Fragile Fatherhood: The Growth of Family Instability and Complexity in the U.S. and the Implications for Child Wellbeing

Kathryn Edin is one of the worlds leading poverty researchers, working in the domains of welfare and low-wage work, family life, and neighborhood contexts. The lecture is about her book Doing the Best I Can (2013).

Time and place: Fragile Fatherhood: The Growth of Family Instability and Complexity in the U.S. and the Implications for Child Wellbeing Sep. 20, 2017 12:15 PM–2:00 PM, Eilert Sundt building, University of Oslo, Blindern, Auditorium 5 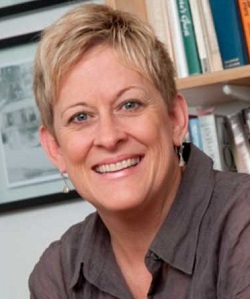 Across the political spectrum, unwed fatherhood is denounced as one of the leading social problems of today.

Doing the Best I Can, which I wrote with Timothy Nelson, is a up-close look at fatherhood among inner-city men often dismissed as “deadbeat dads”. Nelson and I examine how couples in challenging straits come together and get pregnant so quickly—without planning. We chronicle the high hopes for forging lasting family bonds that pregnancy inspires, and pinpoint the fatal flaws that often lead to the relationship’s demise.

Doing the Best I Can shows how mammoth economic and cultural changes have transformed the meaning of family and fatherhood among the urban poor. The book reveals a radical redefinition of family life among low-income men, where the father-child bond is seen as central while the father-mother bond is deemed peripheral, plus a revolution in the meaning of fatherhood, where the relational aspects of the role are elevated almost to the exclusion of its more traditional aspects (financial provision, serving as a role model).

Because this redefinition often flies in the face of mothers’ and society’s expectations, disengagement is common despite desires to stay involved. As a result, most low-income men end up satisfying their father thirst through serial, selective fathering, a potential explanation for growing rates of “multi-partner fertility”, the new term used to describe the fact that many poor children born to the same mother have different fathers.

Kathryn Edin is the Bloomberg Distinguished Professor in the Department of Sociology, Zanvyl Krieger School of Arts and Sciences and Department of Population, Family, and Reproductive Health, Bloomberg School of Public Health.

Promises I Can Keep: Why Poor Women Put Motherhood Before Marriage (2007)