A comparative study about the effects of globalisation on the European economies and their welfare states in Austria, Germany, Norway, and the UK. 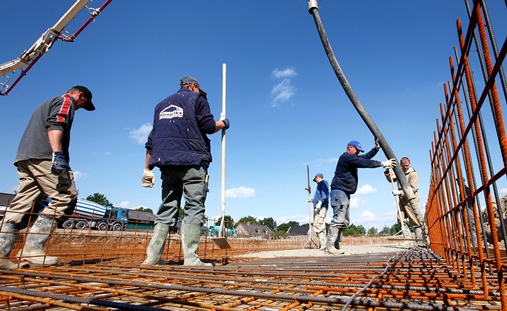 Will a new common European model emerge and how will it look like? Or will the welfare state in some countries thrive whereas it will decline in others depending on the economies’ capacity to adjust to global change?

Taking a political economic approach, the project will also study the extent to which the political process is able to bear the demands for institutional change. Are the voters willing to authorise dramatic change?

Focusing on the global changes since 1989, the objective is to produce first class research on how trade, technology and the welfare state interact; on the challenges to national welfare states in an integrated European labour market, and on the political support for reform.

1. The interplay between trade, technology, and the welfare state

How have trade shocks affected Austria, Germany, Norway, and the UK over the last twenty years? How have the countries’ economies and the welfare institutions responded? In particular, how have the firms adjusted to the trade shocks?

The project will make a detailed, comparative study about how the individual firms and workers adjust to the shocks in Austria, Germany, and Norway. What is the impact of trade shocks on the workers’ career and their benefit dependence?

Is welfare migration a real issue? To what extent do differences in welfare generosity shape the magnitude and type of migration flows?

This project asks whether welfare state institutions and welfare benefits influence the flows of migrants across EU countries. The project will map the employment and welfare career of migrants in the four focus countries. It will also look at how global trade shocks in conjunction with labour market integration affects the career of young workers.

To what extent does globalisation affect attitudes towards the welfare state differentially across groups? The project will study groups that are more or less likely to be exposed to increasing risks or competition from immigrants.

To what degree is wage setting institutions decisive for how globalisation changes the wage distribution?  Is increased wage inequality mitigated by coordinated wage setting?

The project will also explore the political sustainability of different types of welfare spending. Is it best to rely on targeted policies that maximize the impact of tax revenues on the welfare of the poor? Or is it better to build policies on a universalistic principle, from a political point of view?

The cooperation partners are ESOP and the Frisch Centre at UiO in Norway, the University College of London in the UK, and the University of Linz in Austria.

The project is funded by NORFACE with € 1.5 million for a three-year period from February 2015.

NORFACE funds this project under the programme