ESOP seminar. Johannes Fleck is a PhD Candidate in Economics at the European University Institute in Florence. He will present the paper "Public Insurance in Heterogeneous Fiscal Federations: Evidence from American Households”. Coauthored by Chima Simpson-Bell. 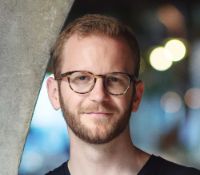 The literature on fiscal federalism usually argues that policies involving income reallocation should be administered by the highest level of government. This argument, however, neglects a uniformity constraint, which limits regional variation in its tax and welfare policies. Our paper explores the extent to which income support for poor households varies across US states due to the interaction between the federal government’s uniformity constraint and regional variations in local economic conditions and the net transfer policies of state governments. Our results are based on a simulation of the combined response of federal and state net transfers to a pretax earnings shock. They point to large differences in the level of insurance against income shocks experienced by households with low incomes in different states.