ESOP seminar. Jesper Roine is an Associate Professor of Economics at the Stockholm School of Economics.  He will discuss around the topic "Men and Women in the Top of the Income Distribution" presenting the paper entitled "Women in Top Incomes: Evidence from Sweden 1974–2013" co-authored by Anne Boschini and Kristin Gunnarsson, as well as other results. 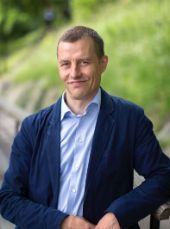 Using a large, register-based panel data set we study gender differences in top incomes in Sweden over the period 1974–2013. We find that, while women are still a minority of the top decile group, and make up a smaller share the higher up in the distribution we move, their presence has steadily increased in all top groups over the past four decades. Top income women are wealthier and rely more on capital incomes, but the difference, relative to men, has decreased since the 1970s. Over this period capital incomes have in general become more important in the top, but the share of working-rich women has gone up, while the opposite is true for men. Realized capital gains are more important for top income women but turn out to be of a more transitory nature than for men. Mobility is generally higher for top income women compared to top income men but the trend since the 1990s is toward increased gender equality in this respect too. Finally, we find important differences between top income women and men in terms of marital status and family composition. Overall, our results suggest that many of the findings in the top income literature have a clear gender component and that understanding gender equality in the top of the distribution requires studying not only earnings and labour market outcomes but also incomes from other sources.
Read the paper here