ESOP semianar. Francesca Refsum Jensenius is an Associate Professor of Political Science at the University of Oslo. She will present a paper entitled "Privileging one’s own? Voting patterns and politicized spending in India", co-authored by Pradeep Chhibber. 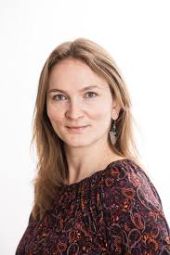 When and how do politicians manipulate the allocation of public resources? We argue that politicians’ choices are influenced by the type of networks that bring them to power. Politicians from parties closely linked to strong social networks (embedded parties) face pressures to allocate resources to members of that network even when this is electorally inefficient. Politicians from parties without such ties (non-embedded parties) are less constrained. We provide evidence for this using an original polling station (precinct) level dataset, linking voting patterns in the 2009 Indian general election to the characteristics of some 234,000 census villages and to project allocations 2009–14 under India’s discretionary constituency development scheme (MPLADS). The mechanisms underpinning the observed patterns are explored through a natural experiment created by the implementation of new electoral boundaries in 2008. The findings contribute to our understanding of when and why we observe different forms of manipulation of public resources by politicians.