ESOP seminar. Grischa Perino is a Professor at the University of Hamburg. He will present a paper entitled "For “better” or “worse”: a new life-satisfaction measure able to elicit preference rankings", co-authored by Sonja Köke. 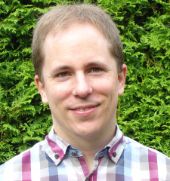 We provide conceptual reasons and empirical evidence that preference rankings elicited from changes in levels of life satisfaction are systematically biased. As a remedy, we propose the ranking measure where subjects state whether their life has become “better” or “worse”. Using three representative datasets we show that the two measures produce conflicting preference rankings more often than not. The ranking measure is better explained by socio-economic variables than changes in levels. Adaptation (e.g. to income) is only observed for levels but not for rankings, indicating that adaptation is driven by the elicitation method rather than changes in preferences.