ESOP seminar. Tommaso Porzio is an Assistant Professor of Economics at the University of California, San Diego. He will present a paper entitled "Why Do Spational Wage Gaps Persist? Evidence from the Enduring Divide between East and West Germany", co-authored by Sebastian Heise. 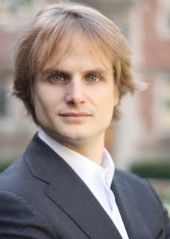 We study the origins of persistent spatial wage gaps in a novel framework with worker reallocation both across establishments and across space. We estimate the model using matched employer-employee data from Germany. The country provides a perfect setting: more than 25 years after the fall of the Iron Curtain, West Germany’s average real wage is, controlling for individual characteristics, still 20% higher than that of the East, despite a dynamic labor market in which one in five workers changes jobs every year. While sorting and labor market matching frictions are present, an important driver behind the gap’s persistence is workers’ strong preference to live in their home region. Following workers across space, we show that East-born workers require a wage increase by about 27% more than West-born workers to move from East to West Germany, and are likely to move back. This home bias generates a segmented labor market in which East German firms paying low real wages are able to retain workers, and in which East German unemployment can remain relatively high.