ESOP seminar. Helmut Rainer is a Professor of Economics at the University of Munich. He will present a paper entitled "More Opportunity, More Cooperation? The Behavioral Effects of Birthright Citizenship on Immigrant Youth", co-authored by Christina Felfe, Martin Kocher, Judith Saurer and Thomas Siedler. 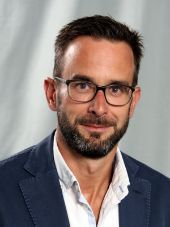 Inequality of opportunity, particularly when overlaid with racial, ethnic, or cultural differences,  increases the social distance between individuals, which is widely believed to limit the scope of cooperation. A central question, then, is how to bridge such divides. We study the effects of a major citizenship reform in Germany-the introduction of birthright citizenship on January 1, 2000-in terms of inter-group cooperation and social segregation between immigrant and native youth. We hypothesize that endowing immigrant children with citizenship rights levels the playing field between them and their native peers, with possible spill-overs into the domain of social interactions. Our unique setup connects a large-scale lab-in-the-field experiment based on the investment game with the citizenship reform by exploiting the quasi-random assignment of citizenship rights around its cut-off date. Immigrant youth born prior to the reform display high levels of cooperation toward other immigrants, but low levels of cooperation toward natives. The introduction of birthright citizenship caused male, but not female, immigrants to significantly increase their cooperativeness toward natives. This effect is accompanied by a near-closure of the educational achievement gap between young immigrant men and their native peers.