ESOP seminar. Pierre-Olivier Gourinchas is the S.K. and Angela Chan Professor of Global Management at the University of California, Berkeley. He will present a paper entitled "The Economics of Sovereign Debt, Bailouts and the Eurozone Crisis", co-authored by Philippe Martin and Todd Messer. 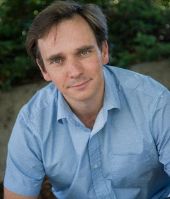 Despite a formal ‘no-bailout clause’, we estimate signicant transfers from the European Union to Cyprus, Greece, Ireland, Portugal and Spain, ranging from roughly 0% (Ireland) to 43% (Greece) of output during the recent sovereign debt crisis. We propose a model to analyze and understand bailouts in a monetary union, and the large observed differences across countries. We characterize bailout size and likelihood as a function of the economic fundamentals (economic activity, debt-to-gdp ratio, default costs). Because of collateral damage to the union in case of default, these bailouts are ex-post efficient. Our model embeds a ‘Southern view’ of the crisis (assistance was insufficient) and a ‘Northern view’ (assistance weakens fiscal discipline). Ex-post, bailouts do not improve the welfare of the recipient country, since creditor countries get the entire surplus from avoiding default. Ex-ante, bailouts generate risk shifting with an incentive to over-borrow by fiscally fragile countries. While a stronger no-bailout commitment reduces risk-shifting, we find that it may not be ex-ante optimal from the perspective of the creditor country, if there is a risk of immediate insolvency. Hence, the model provides some justication for the often decried policy of ‘kicking the can down the road’.