ESOP Seminar. Pablo Querubin is an Assistant Professor of Politics and Economics at New York University. He will present a paper entitled "Village Social Network Structures and Electoral Competition", co-authored by Cesi Cruz and Julien Labonne. 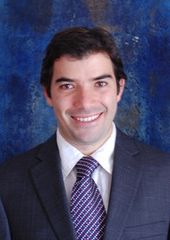 In this paper, we test whether the structure of village social networks affects political competition in local elections. We use data on 20 million individuals in 15,000 villages of the Philippines. We take advantage of naming conventions to assess intermarriage links between families and reconstruct the family networks in all of those villages. Using data from the 2010 local elections we show that there is less political competition in villages with dense social networks, a result that is robust to controlling for a large number of village and candidate characteristics and to alternative estimation techniques. We then explore the mechanisms behind this effect and present evidence, from a detailed dataset collected in 284 villages after the 2013 local elections, that political influence is more concentrated in denser villages and that this is associated with higher turnout and higher vote margins for the winning candidate.