ESOP seminar. Eivind Hammersmark is a Ph.D candidate at the University of Oslo. He will present a paper entitled "Ethnic diversity, elections and violent conflict in Africa". 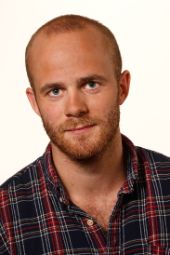 Previous research has either focused on ethnic diversity at the country level, or on ethnic power relations within countries. I find that local ethnic fractionalization (ELF) is positively correlated with severe conflict events, but not at the country level. Conditional on ELF, local mixing within 55 by 55 km cells reduces conflict in a larger vicinity, providing evidence of "local learning'', in favor of contact theory. ELF is relevant irrespective of linguistic distance between groups, whereas learning only occurs between groups that are linguistically similar. Finally, I use the temporal proximity to presidential elections to get exogenous variation in ethnic salience, and find that there are more conflicts close to elections, but only in fractionalized areas.