ESOP seminar. Alice Guerra is an Assistant Professor at the Copenhagen Business School. She will present a paper entitled "Culture, Tax Evasion and Tax Morale: An Experimental Study of Italy and Denmark", co-authored by Brooke Harrington. 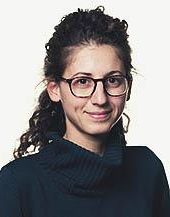 Tax evasion varies widely across countries and follows a geographical pattern: Southern European countries such as Italy, Spain and Greece, are plagued by higher evasion rates than Northern European countries. Can national fiscal identity alone explain the North-South discrepancies in European tax compliance? We address this issue by conducting identical laboratory experiments in Denmark and Italy, two countries that lie not only at the opposite ends of the spectrum on tax compliance but also at the extremes of cultural differences and citizen trust in the government. We adopt a double-hurdle model to separate the decision of whether to evade or not (extensive margin), from the decision of how much to evade (intensive margin). No previous experimental studies have investigated neither tax behavior in Denmark nor the effects of an extended vector of covariates on both the intensive and extensive margins of tax behavior. Contrary to expectations, we find that Danes are more likely to evade tax than Italians; at the same time, Danes are less tolerant of tax evasion by others. Our results reveal that attitudinal survey questions about tax morale cannot predict actual evasion choices. Among other factors, individual evasion choices are strongly affected by risk aversion and individual perception about others' compliance behavior. We conclude by discussing the implications of our findings for tax policies and future research.