ESOP seminar. Gordon B. Dahl is a Professor of Economics at the University of California, San Diego. He will present a paper entitled "Intergenerational Spillovers in Disability Insurance", co-authored by Anne C. Gielen. 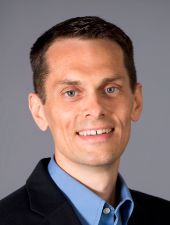 Does participation in a social program by a parent have spillovers on their child's use of public assistance, future labor market outcomes, and human capital investments? From a policy perspective, what a child learns from his or her parents about employment relative to government support could matter for the financial stability of a variety of social insurance and safety net programs. While intergenerational spillover concerns have figured prominently in policy debates for decades, the evidence base is scarce due to nonrandom participation and data limitations. In this paper we exploit a policy reform in the Netherlands which tightened disability insurance (DI) criteria for existing claimants, and use rich panel data to link parents to children's long-run outcomes. The key to our regression discontinuity design is that the reform applied to younger cohorts, while older cohorts were exempted from the new rules. We find that children of parents who were pushed out of DI or had their benefits reduced are 11 percent less likely to participate in DI themselves and earn two percent more in the labor market as adults. There is no effect on children's participation in other government safety net programs. As a result, intergenerational spillovers caused both reduced government transfers and increased tax revenue, resulting in 5,600 euros in positive child spillovers per treated parent. Children anticipate a future with less reliance on DI by investing in extra education, with treated children completing an extra .12 years of education. Our findings have important implications for the evaluation of the costs and benefits of this and other policy reforms: ignoring parent-to-child spillovers underestimates the cost savings of the Dutch DI reform in the long run by roughly 20 percent.