ESOP seminar. Anna Tompsett is an Assistant Professor at Stockholm University. She will present a paper entitled "Community Participation in Decision-Making Evidence from an experiment in safe drinking water provision in Bangladesh", co-authored by Malgosia Madajewicz, and Ahasan Habib. 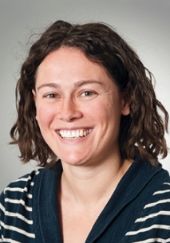 Benefits of community involvement in providing the community's own public services can be elusive despite the broad endorsement that the practice receives. This study contributes to understanding how re-allocating decision-making authority from the implementing agency to intended beneficiaries influences access to a service, in our case safe drinking water. The experiment randomly allocates villages in Bangladesh to a top down intervention and two different interventions that delegate decision-making, giving the treated communities the authority to determine outcomes. In one delegated intervention, the community organizes itself to make decisions (community participation). The second seeks to limit elite control by requiring that the community make all decisions in a meeting, which is subject to participation requirements, and that all decisions be unanimous (regulated community participation). All three interventions improve access to safe drinking water, but delegating decision making improves access relative to the top down approach only when the intervention controls the influence of elites. The regulated community approach increases access 67% more than do the other two approaches. The top down approach uses local information less effectively, and installs fewer sources than do the two participatory approaches. Under the community approach, elite control constrains access to safe water sources. The regulated community approach expands and diversifies the group of people who participate in decision-making relative to the other two approaches, and it results in bargaining that limits the influence of elites.