ESOP seminar. Rocío Titiunik is James Orin Murfin Associate Professor at the University of Michigan. She will present the paper "The Curse of Incumbency in Weak Party Systems: Evidence from Latin America", written jointly with Marko Klasnja. 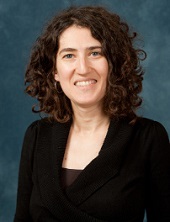 We study how representation works in a context where accountability to voters is restricted because of term limits and accountability to parties is limited because of party weakness. Analyzing all Brazilian mayoral elections since 1996 to the present using a regression discontinuity design, we show that becoming the incumbent party results in large subsequent electoral losses. We theorize that the presence of term limits, combined with political parties to which politicians are only weakly attached, affects the incentives and behavior of individual politicians in such a way that their parties' suffer systematic losses. A descriptive analysis of an original dataset on the career paths of Brazilian mayors confirms that our assumptions are an accurate description of Brazil's political context, and we find support for three central empirical implications of our theoretical explanation. Moreover, based on an analysis of additional data from Mexico, Peru, Chile, Costa Rica and Colombia, we show that the negative e ects found in Brazil also exist in other democracies.