ESOP seminar. Paolo Piacquadio is Assistant Professor of Economics at UiO. He will present the paper "A Fairness Justification of Utilitarianism". 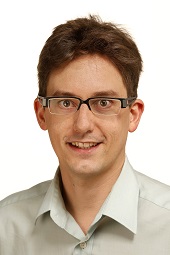 Differences in preferences are important to explain variation in individual behavior. There is however no consensus on how to take these differences into account when evaluating policies. While prominent in the economic literature, the standard utilitarian criterion faces two major difficulties. First, it requires cardinal measurability and unit comparability of individuals' utilities, which cannot be inferred from individuals' observed behavior. Second, it is normatively controversial as it might support unfair policies. In this paper, we propose an alternative criterion, named opportunity-equivalent utilitarian, that overcomes these difficulties. First, our criterion ranks social alternatives on the basis of individuals' ordinal preferences, which can be estimated from individuals' observed behavior. Second, our criterion avoids the conventional critiques to utilitarianism by satisfying the following three fairness axioms: possibility of trade-offs sets a limit to the influence any individual can exert on the social ranking; non discrimination means that no individual is considered to be more deserving than any other; equal-preference transfer requires society to value positively a multicommodity progressive transfer among individuals with the same preferences. We show that, together with efficiency, continuity, and separability, these axioms force the welfare criterion to be the sum of specific indices of well-being that are cardinally measurable, interpersonally comparable, and represent each individual's preferences.