A test of racial bias in capital sentencing 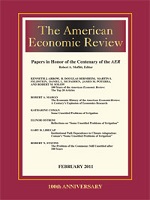 We collect a new dataset on capital punishment in the United States and we propose a test of racial bias based upon patterns of sentence reversals. We model the courts as minimizing type I and II errors. If trial courts were unbiased, conditional on defendant’s race the error rate should be independent of the victim’s race. Instead we uncover 3 and 9 percentage points higher reversal rates in direct appeal and habeas corpus cases, espectively, against minority defendants who killed whites. The pattern for white defendants is opposite but not statistically significant. This bias is confined to Southern states.