The effects of earlier income variation on mortality: An analysis of Norwegian register data 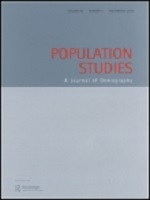 Several studies have shown an inverse relationship between a person’s mortality at a certain age and his or her income shortly before. It has also been firmly documented that those who have experienced unemployment or spells of poverty, recently or in the more distant past, have excess mortality. The objective of this study is to analyze the importance of earlier income changes more generally. Data and methods: The analysis was based on register data that cover the entire Norwegian population and include individual histories of annual labor income. Using a hazard regression approach, it was estimated how the chance of dying within the next year is related to the income two years earlier and various measures of incomes during the previous 13 years. The analysis was restricted to 1990-2002 and to men at age 50-69 who had an income above200,000 NOK two years earlier, and who therefore presumably had not yet retired. In total, there were 10,317 deaths during 2.1 million person-years of observation. Results: More than one-third of the men had experienced at least once that the income had fallen to a level more than 15% below the average over the 5 previous years. Just as many had at least once experienced an increase to a level more than 30% above this average. Among the17% who had experienced a fall of this size at least once and an increase at least twice, or vice versa, mortality was elevated by 17% compared to that among men who had neither experienced a fall nor rise and who had the same average income. Among those who had experienced fewer changes, there were only weak indications of excess mortality. On the whole, variation dominated by falls did not have more adverse effect on mortality than variation dominated by rises. Conclusion: The analysis supports the idea that the income history matters and suggests that one should consider variation quite generally, and not only large falls resulting from for example unemployment