Underuse of medication for circulatory disorders among unmarried women and men in Norway? 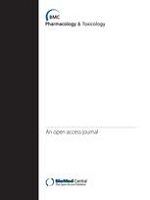 Using data from registers covering the entire Norwegian population, we analysed marital status differences in the purchase of medicine for eight circulatory disorders by people aged 50-79 in 2004-2008. These differences were compared with those in circulatory disease mortality during 2004-2007, considered as indicating probable differences in disease burden.

The unmarried had 1.4-2.8 times higher mortality from the four types of circulatory diseases considered. However, the never-married in particular purchased less medicine for these diseases, or precursor risk factors of these diseases, primarily because of a low chance of making a first purchase. The picture was more mixed for the divorced and widowed. Both groups purchased less of some of these medicines than the married, but, especially in the case of the widowed, relatively more of other types of medicine. In contrast to the never-married, divorced and widowed people were as least as likely as the married to make a first purchase, but adherence rates thereafter, indicated by continuing purchases, were lower.

The most plausible interpretation of the findings is that compared with married people, especially the never-married more often have circulatory disorders that are undiagnosed or for which they for other reasons underuse medication. Inadequate use of these potentially very efficient medicines in such a large population group is a serious public health challenge which needs further investigation. It is possible that marital status differences in use of medicines for circulatory disorders combined with an increasing importance of these medicines have contributed to the widening marital status gap in mortality observed in several countries. This also requires further investigation.