How much does a company specialising in services such as Telenor invest in innovation? Researchers at the University of Oslo have contributed to changing how Telenor sees innovation. 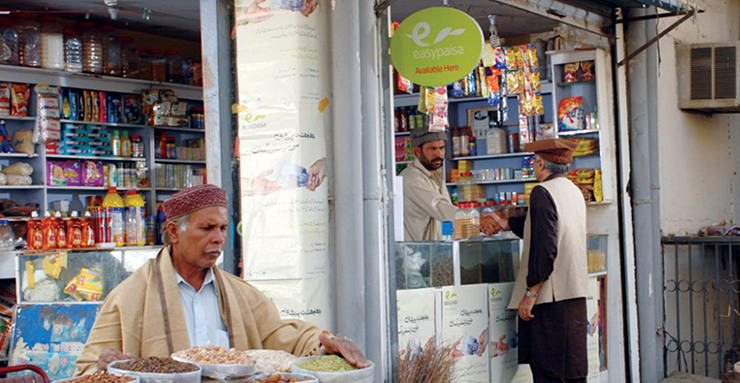 Market innovation: “Easypaisa” is a mobile-based payment system by Telenor Pakistan. According to Professor Magnus Gulbrandsen at the University of Oslo, many of Telenor’s new ideas come from people working close to the market, rather than the R&D department. (Photo: Telenor Group)

Our innovation measurements supported the development of a more forward-leaning attitude to innovation at Telenor, explains Magnus Gulbrandsen, professor at the Centre for Technology, Innovation and Culture (TIK) at the Universty of Oslo.

Innovation within services is a complex subject for researchers, as well as a practical challenge for the companies involved, Gulbrandsen says. This was a good starting point for the collaboration between Telenor and TIK that started in 2012.

Researchers at the University of Oslo based their study on a new conceptualisation of innovation which encompasses new services, new forms of organisation, and new technological infrastructure such as 4G and 5G. Their sophisticated measures revealed that Telenor’s innovation activities were far more extensive than what the firm itself reported – in fact, they were nearly ten times greater.

Telenor’s innovation performance were ten times greater than what the firm itself reported.

This first project lead to further cooperation between TIK and Telenor, wherein the research team participated in surveying the company’s culture and its employees’ values. In addition to innovation, the surveys also emphasised other values, such as integrity and a focus on the customer.

“We were interested in the company culture, and wanted to investigate what was being emphasised throughout the organisational structure, not just at the top. We found that innovation was the area given the least priority,” Gulbrandsen says.

The research team uncovered how Telenor spent considerable resources on innovation, while simultaneously giving it lower priority than other areas. According to Gulbrandsen, the latter finding confirmed a suspicion widely held within the company. Once the research had been presented to the board of directors, the board decided that innovation should receive a new level of priority:

“The board instructed the company leadership to change Telenor’s culture of innovation. This lead to different measures such as training executives, global innovation campaigns and more. Our research brought attention to the issue,” the professor says.

“The board instructed the company to change its culture of innovation”

“Telenor has been through a comprehensive restructuring, going from the state owned Televerket to a multinational corporation,” Gulbrandsen says. The company went from delivering landline phones and physical connection systems to becoming purely a service provider. Gulbrandsen explains that when the company started its research collaboration with TIK in 2012, it faced great challenges regarding digitalisation and globalisation. Large companies explore these issues together with research communities, such as the innovation researchers at TIK.

“Such challenges often coincide with academic interests, so the researchers and the company found common cause. Besides, the University of Oslo wishes to increase its cooperation with business, an area we are performing poorly in in comparison to other universities.”

Telenor was also facing pressures from many believed the company had cut too much of its own research funding.

“At its core, innovation research is about understanding complex social and technological changes in society,” says Gulbrandsen. “Large companies are important sites for such changes, as they experience a constant pressure innovate. But the innovation activities are cumbersome to manage, particularly when those activities are difficult even to perceive.

One of the first things we did was to create a system of measurement based on the latest research within innovation studies, just in order to estimate the magnitude of Telenor’s innovation activities.”

As they wanted to map research and innovation activities in the entire company, the research team worked with all of Telenor’s business units in Norway, the rest of Europe and in Asia. They outlined three forms of innovation: The development of new services, new ways to organise operations, and infrastructure improvements.

“Infrastructure was particularly important. The telecommunications industry is based on a complicated technological infrastructure – think for example of all the elements that go into delivering 4G systems. These systems do not come ready out of the box; they have to be adapted to their geographical and regulatory environments. We wanted to take a closer look at this work, as we believed it could be an important site for research and innovation.”

The Telenor researchers maintained an open direct line for employees who participated in the survey, so they could help identify research and innovation activities.

“All the figures we received had to be documented and linked to a project number. It was important that the system be transparent, and adhere to rigorous research practices.”

According to the research results, Telenor spent close to 1.9 billion Norwegian Kroner on innovation, whereas the company’s official numbers estimated the spending only at about 200 million.

Innovation often does not originate from scientific research

Researchers point to two causes behind this discrepancy. The first regards the manner in which innovation costs and investments are reported to SSB’s annual statistical surveys. The results are influenced by many factors, not least of which is the company’s accountancy standards. This resulted in the underreporting, and in some ways the invisibility, of innovation and R&D activities in the organisation.

Telenor primarily reported the salaries of researchers, as this fitted in with the company’s accountancy practices. However, Telenor has relatively few scientific researchers.

The second reason for the discrepancy is that oftentimes, innovations do not originate within a company’s R&D department. Gulbrandsen points to Telenor Pakistan’s mobile payment system “Easypaia” as a prime example.

“This didn’t come from an R&D project; it started as an idea generated by the needs of the market. We saw this in many of Telenor’s ideas – they originate with people who work closely with the market. In this context, the role of the researchers becomes to improve upon the ideas so they can be implemented,” he says.

According to Gulbrandsen, society as a whole, and business in particular, has reoriented itself towards the service economy.

“It is important to understand innovation activities within services. My discipline, innovation studies, is rooted in studies of traditional industrial production. But we have developed a good conceptual framework that ties innovation to a series of other processes in society. We always base our concepts in the practice of innovation. Innovation happens “out there”, in business and government. Being in direct contact with those who innovate is imperative to our research.

Right now, everybody is talking about innovation, and it is a challenge to researchers.

In Gulbrandsen’s experience, innovation has gone from being a somewhat esoteric preoccupation to a general topic of interest.

“It used to be that you would go to a party and nobody even knew what innovation was, but now everyone has read the latest Steve Jobs biography, and every company and government agency has its own innovation strategy. That is a big challenge to us – the term “innovation” will meaningless if it ends up encompassing everything. Also, our research shows that innovation can have negative consequences, and be very difficult to actually execute. These are the kinds of perspectives we present when we talk to businesses and other actors.”

The TIK Centre for Technology, Innovation and Culture was among Norway’s first research communities to make innovation its object of scientific research. Much of the research conducted there has been geared towards understanding innovation policy and the role of government. That is precisely why Gulbrandsen emphasises the benefits brought by the Telenor collaboration.

The results from the collaboration are used in the teaching at TIK. In addition, Telenor has sent guest lecturers to the University of Oslo, and the Master’s students at TIK visit Telenor as well as other TIK collaboration partners:

“They get insight into how people work with research and innovation in practice. We also collaborate with Telenor on other research projects, such as one project on the link between happiness and technology. The question is, does technology make us happier? (The answer: It just might.)

According to Gulbrandsen, it is important for both TIK and Telenor that they have a reciprocal relationship.

“It is very different from traditional research done on assignment from an external partner, where the partner sets stringent conditions for the research. In our collaboration with Telenor, we have a close ongoing dialogue concerning the formulation of research questions, data collection, analysis and writing. We aim for mutual learning, publishing in reputable scientific journals, and more opportunities to link teaching to research.

In order to achieve this, Gulbrandsen claims, one must have university researchers who are able to work in an interdisciplinary setting, and to have highly competent partners:

“At Telenor we meet researchers who have PhDs in the social sciences, and in many cases we will exchange tips on the latest research in the discipline.”

Sets the agenda every day

Gulbrandsen is the leader of the Oslo Institute for Research on the Impact of Science (OSIRIS), one of the largest projects at University of Oslo’ Faculty of Social Sciences. The centre studies how scientific research affect society, and under what conditions scientific research contributes to the improvement business, health services and policymaking.

He believes that the tangible results TIK got from the Telenor project represent the most common form of impact for the social sciences:

“We find that having ongoing contact with those who make use of our research is important. Telenor is one such organisation, but more often we are in contact with government departments, the Research Council of Norway, and others who need studies regarding innovation and research policy. We talk to them regularly, meet with them and publish scientific studies for a popular audience. Over time, this interaction can boost learning, affect agendas and priorities, and bring new issues to the fore.” He finishes:

“It is important to gain a better understanding of the influence of social science itself, including how it should be understood and reported.”

Social scientists at the University of Oslo are hard at work every day to understand how the world works. Their knowledge lays the foundation for new government policy, greater efficiencies for society, improved public services and a more environmentally sustainable future. This page provides just a few examples of how social science is being applied for the common good. Images in header from Colourbox og Unsplash.