Social anthropologist appointed to a Special Commission in Ecuador

- The police violence was disproportionately brutal, says Maka Suarez. The social anthropologist is part of a special commission to deliver a report on the violent clashes between police and protesters in Ecuador earlier this year, in which several people died. 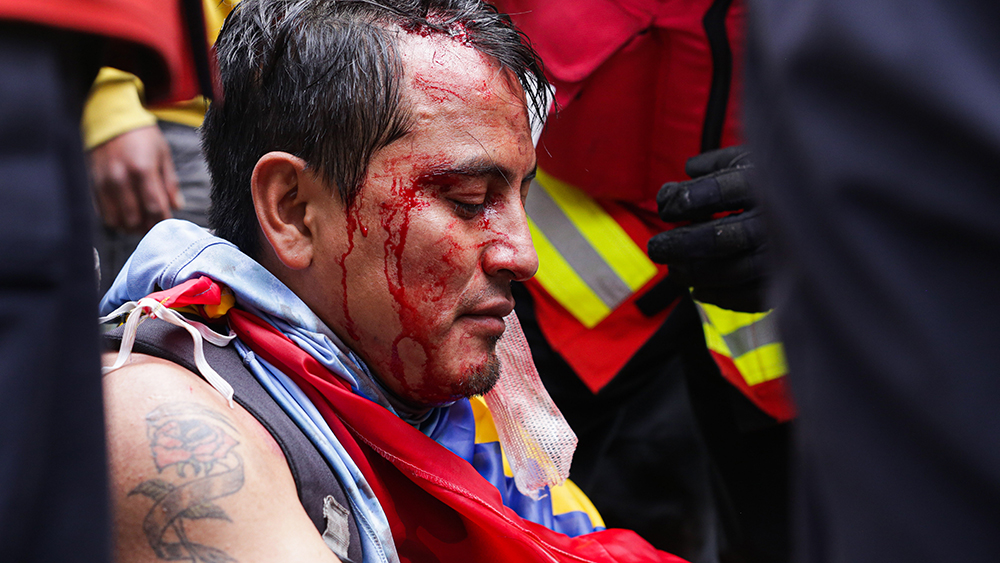 Clashes with the police: Demonstrator injured after the impact of a tear gas bomb on the twelfth day of protests in Ecuador. Photo: NTB/Juan Diego Montenegro/SOPA Images/Sipa USA.

In June, Ecuador experienced eighteen days of mass protests against rising costs of fuel, food and basic necessities due to government austerity policies and the aftermath of the corona pandemic. The mobilization, which was led by CONAIE – the Confederation of Indigenous Nationalities of Ecuador - with support from numerous environmental and civil society movements, was met by riot police in the streets.

- At least eight people lost their lives, and hundreds of violent clashes between police and demonstrators were recorded, says Maka Suarez.

Suarez is an assistant professor at the Institute of Social Anthropology and was appointed by Ecuador’s Ombudsman Office—along with six other experts— to a Special Commission to review the course of events during the summer's unrest. She is finalizing a report to be delivered to the country's authorities on October 31st.

- The commission believes that police mishandled the protests. Further investigation is necessary, both to provide redress to those affected and to prevent this type of violent reaction to social mobilization from repeating itself, says the anthropologist.

Violence does not solve structural challenges

For the past decade, Maka Suarez has been researching how disadvantaged families in Spain and Ecuador fare in the housing market.

- Many of the families I have been in contact with cannot pay rent or mortgage payments, they occupy empty buildings in order to have a place to live. The state's reaction is often the criminalization of poverty, where police intervention often turns into police brutality and is used to evict and "solve" social problems, she says.

Suarez emphasizes that the protests in June cannot be understood in isolation from larger economic, social and political issues in Ecuador either. These are challenges which, according to the social anthropologist, have worsened in recent years.

- Low-income families, single parents, indigenous and black communities were hit hardest by the pandemic. The Commission questions whether increased subsidies to the police budget and the construction of new high-security prisons will help to solve the structural challenges that led to the protest in the first place.

Recommend a number of measures

According to Maka Suarez, the commission states that this summer's violent incidents in Ecuador could have been avoided. She says that CONAIE's leader Leonida Iza had been asking for a dialogue with the country's president Guillermo Lasso for a long time.

When the protests took off in June, Iza was immediately put in prison.

- The violence could have been avoided by calling for a national dialogue. Many of our recommendations promote measures that the government can take in the short and medium term to prevent similar incidents in the future, says Suarez.

She mentions proposals for a system for mediation services during social protests, revision and reform of police training and a ban on the use of lethal forms of ammunition during demonstrations.

- The Commission recommends several different approaches to conflict resolution, especially approaches that are not based on police intervention or the use of force.

In common with several countries in the region

Police violence is, according to Maka Suarez, unfortunately part of South America's history.

Many of the military dictatorships that swept the region in the 60s and 70s brought with them both increased police and military power even through constitutional means, many of which continue to affect the country's inhabitants to this day, says the social anthropologist.

- After the rapid rise in drug trafficking in the 80s and 90s, police forces in many South American states have also been militarized. The militarization of police has become an effective tool for suppressing social movements and to a large extent democracy, says Suarez.