Discrimination Against Ethnic Minorities In Activation Programme? Evidence From a Vignette Experiment 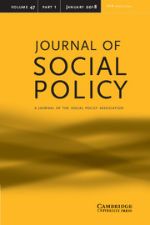 We conducted a vignette experiment involving 470 Norwegian front-line workers to investigate whether their decisions to sanction non-compliance of activation requirements varied with the ethnicity of the welfare claimant. This is the first vignette experiment on ethnic discrimination in the administration of activation programmes in Europe. The study shows that front-line workers did not sanction claimants with a North African name more often than claimants with a native Norwegian name. However, among front-line workers who had experience with the relevant activation programme, a male claimant with a North African name was sanctioned less often than a male claimant with a native Norwegian name. Thus, we find some degree of reverse discrimination on the part of experienced front-line workers. This finding is contrary to a similar US vignette experiment that detected discrimination (not reverse discrimination) with regard to claimants with an ethnic minority name. The most likely explanation for the difference concerns the different institutional-cultural contexts within which Norwegian and US social policy programmes operate.