Fertility history and use of antidepressant medication in late mid-life: a register-based analysis of Norwegian women and men 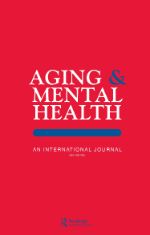