Confidence distributions and related themes: General introduction article to a Special Issue of the JSPI 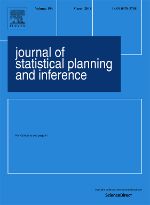 Journal of Statistical Planning and Inference, 2017

This is the guest editors’ general introduction to a Special Issue of the Journal of Statistical Planning and Inference, dedicated to confidence distributions and related themes. Confidence distributions (CDs) are distributions for parameters of interest, constructed via a statistical model after analysing the data. As such they serve the same purpose for the frequentist statisticians as the posterior distributions for the Bayesians. There have been several attempts in the literature to put up a clear theory for such confidence distributions, from Fisher’s fiducial inference and onwards. There are certain obstacles and difficulties involved in these attempts, both conceptually and operationally, which have contributed to the CDs being slow in entering statistical mainstream. Recently there is a renewed surge of interest in CDs and various related themes, however, reflected in both series of new methodological research, advanced applications to substantive sciences, and dissemination and communication via workshops and conferences. The present special issue of the JSPI is a collection of papers emanating from the Inference With Confidence workshop in Oslo, May 2015. Several of the papers appearing here were first presented at that workshop. The present collection includes however also new research papers from other scholars in the field.