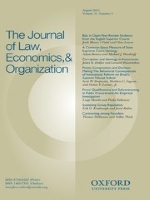 What is the effect of school consolidation on student achievement? Theory gives little guidance because possibly positive effects from larger school size can be offset by negative effects from reduced choice and competition. We investigate these issues empirically by analyzing the effects on students’ achievement of a consolidation reform that took place in Dutch primary education in the mid-1990s. The reform was implemented by increasing the minimum required school size, leading to an increase in actual school size and a reduction in the number of schools. For identification, we exploit variation between municipalities. We find that an increase in the minimum required school size of 10% has a small positive effect on student achievement of 0.72% of a standard deviation. Further analysis indicates that this effect can be mainly attributed to the increase in actual school size; reduced competition and choice do not seem to have harmed student achievement. We also find no evidence that the consolidation effect is driven by reduced school segregation or the elimination of small schools that were—given their size—underperforming.