Improving the Frontier in DEA Models 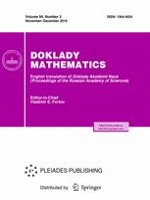 Some inadequate results may appear in the DEA models as in any other mathematical model. In the DEA scientific literature several methods were proposed to deal with these difficulties. In our previous paper, we introduced the notion of terminal units. It was also substantiated that only terminal units form necessary and sufficient sets of units for smoothing the frontier. Moreover, some relationships were established between terminal units and other sets of units that were proposed for improving the frontier. In this paper we develop a general algorithm for improving the frontier. The construction of algorithm is based on the notion of terminal units. Our theoretical results are verified by computational results using real-life data sets and also confirmed by graphical examples.