A model for global diversity in response to temperature change over geological time scales, with reference to planktic organisms 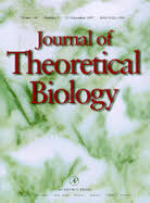 There are strong propositions in the literature that abiotic factors override biotic drivers of diversity on time scales of the fossil record. In order to study the interaction of biotic and abiotic forces on long term changes, we devise a spatio-temporal discrete-time Markov process model of macroevolution featuring population formation, speciation, migration and extinction, where populations are free to migrate. In our model, the extinction probability of these populations is controlled by latitudinally and temporally varying environment (temperature) and competition. Although our model is general enough to be applicable to disparate taxa, we explicitly address planktic organisms, which are assumed to disperse freely without barriers over the Earth’s oceans. While rapid and drastic environmental changes tend to eliminate many species, generalists preferentially survive and hence leave generalist descendants. In other words, environmental fluctuations result in generalist descendants which are resilient to future environmental changes. Periods of stable or slow environmental changes lead to more specialist species and higher population numbers. Simulating Cenozoic diversity dynamics with both competition and the environmental component of our model produces diversity curves that reflect current empirical knowledge, which cannot be obtained with just one component. Our model predicts that the average temperature optimum at which planktic species thrive best has declined over the Neogene, following the trend of global average temperatures.