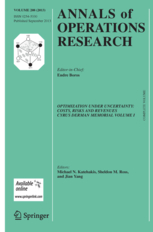 Inevitable simplifications of models of real world activities lead to some inadequacies. In the DEA literature several methods were proposed to overcome such difficulties. Some authors proposed to use specific production units in the primal space of inputs and outputs as a starting point in order to improve the frontier of the DEA models. In our previous papers, we introduced the notion of terminal units. It was proved that only terminal units form necessary and sufficient set of units for improving the frontier. In this paper, the relationship between all sets of units proposed for improving the frontier is established. Our theoretical results are confirmed by extensive and instructive graphical examples and also verified by computational experiments using real-life data sets.