Attack, Defense and Contagion in Networks 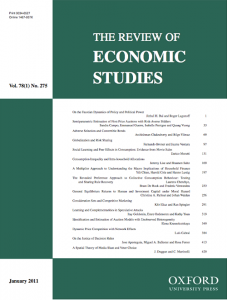 Forthcoming in The Review of Economic Studies

Connections between individuals facilitate the exchange of goods, resources and information and create benefits. These connections may be exploited by adversaries to spread their attacks as well. What is the optimal way to design and defend networks in the face of attacks?

We develop a model with a Designer and an Adversary. The Designer moves first and chooses a network and an allocation of defense resources across nodes. The Adversary then allocates attack resources on nodes; if an attack succeeds then the Adversary decides on how successful resources should navigate the network.

We obtain two principal results. One, we show that in a wide variety of circumstances a star network with all defence resources allocated to the central node is optimal for the Designer. Two, we identify conditions on the technology of conflict, network value function and the resource configuration for which networks with multiple hubs/components are optimal.