The Haavelmo Lecture 2017 with Olivier Blanchard

Olivier Blanchard, Professor emeritus at MIT and former chief economist at the International Monetary Fund, will hold a lecture on the natural rate unemployment hypothesis, in honour of Trygve Haavelmo. 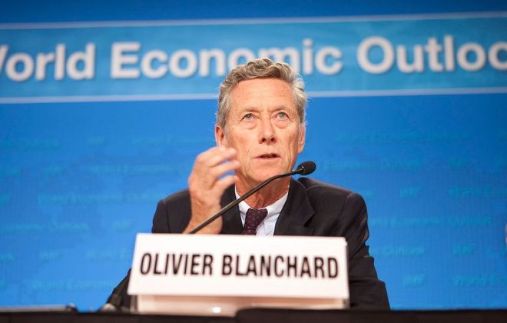 Professor Olivier Blanchard is former chief economist at the IMF and the Haavelmo lecturer of 2017. Photo: IMF/Stephen Jaffe.

In the lecture, Blanchard reviews the arguments and the micro and macro evidence against each proposition.

Professor Olivier Blanchard is the president elect of the American Economic Association and senior fellow at the Peterson Institute for International Economics. He held the position as Chief Economist at the International Monetary Fund (IMF) in 2008-2015 and guided the fund through the global economic recession in these years. He is also Robert M. Solow Professor of Economics emeritus at MIT and the author of widely used textbooks at the undergraduate and graduate level.

Visit Blanchard's homepage at the Peterson Institute for International Economics for recent contributions.

NB: Coffee and fruit will be served outside the auditorium from 2 p.m. The event is open to all interested.

Department of Economics
E-mail this page