Jonna Olsson, Structural transformation of the labor market and the aggregate economy

Job talk. Jonna Olsson is a PhD Candidate at the Institute for International Economic Studies (IIES), Stockholm University. She will present a paper entitled "Structural transformation of the labor market and the aggregate economy". 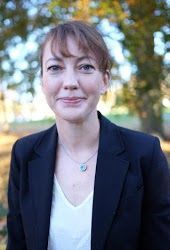 Women’s increased involvement in the economy has been the most significant change in labor markets during the past century. In this paper, I account for this period of structural change of the labor market in a macroeconomic model, and study how the increase in female labor force participation has affected the economy’s response to aggregate shocks. I explicitly model heterogeneity in gender and household composition as well as the historical decrease of the gender wage gap. The model captures the salient features of historical data, including a strong increase in employment among married women, low crowding-out of married men, and relatively stable employment over time for single women. I then study how the changing labor force composition affects the economy’s aggregate employment dynamics. The underlying trend in employment, driven by growth in female labor force participation, contributed to the perceived quick employment recovery after recessions before 1990, and the absence of growth thereafter consequently explains the more recent slower employment recoveries. In general, incorporating both one- and two-person households matters for employment dynamics, with single households reacting more strongly to shocks and employment responses by subgroups changing over time. Despite relatively large changes by subgroup, the aggregate effect is unchanged between the 1970s and the present time due to multiple counteracting forces.