Job talk. Alexander Willén is a PhD Candidate at Cornell University. He will present a paper entitled "From a Fixed National Pay Scale to Individual Wage Bargaining: The Labor Market Effects of Wage Decentralization". 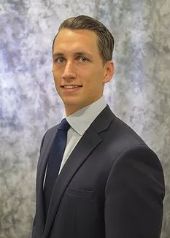 Centralized wage-setting is a prevalent and controversial feature of the public sector labor market. This paper exploits a Swedish reform that replaced the fixed national pay scale for teachers with individual wage bargaining in 1996 to present novel evidence on the labor market effects of wage decentralization. Identification of the causal effect of the reform is achieved by using differences in non-teacher wages across local labor markets prior to the reform as a measure of treatment intensity in a difference-in-difference framework. By combining several administrative registries, I follow individuals across time and space and trace the effect of the reform on teacher wage structure, teacher composition, and student long-run outcomes. I find that decentralization induces considerable changes in teacher pay, and that these changes are entirely financed through a reallocation of existing education resources. Specifically, the results reveal a long-run teacher wage response elasticity of 0.2 with respect to the outside wage. The magnitude of the effect is negatively related to teacher age, such that the reform led to a disproportionate increase in entry wage and a flattening of the age-wage relationship. The analysis further shows that the policy increased wage dispersion among young and mid-career teachers. Contrary to the predictions of the Roy model, I do not find any economically significant effects on the composition of teachers or on student long-run outcomes. I show that a main reason for the lack of teacher composition and student outcome effects is due to general equilibrium and wage spillover effects to substitute occupations.