Thorsten Rogall: The Legacy of Political Mass Killings: Evidence from the Rwandan Genocide

Job talk. Thorsten Rogall is an Assistant Professor at the University of British Columbia. He will present a paper entitled "The Legacy of Political Mass Killings: Evidence from the Rwandan Genocide", co-authored by David Yanagizawa-Drott. 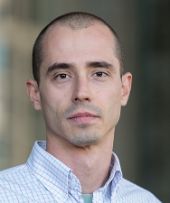 We study how political mass killings affect later economic performance, using data from the Rwandan Genocide. To establish causality, we build on Yanagizawa-Drott (2012) and exploit village-level variation in reception of a state-sponsored radio station (RTLM) that explicitly, and successfully, incited killings of the ethnic Tutsi minority population. Our results show that households in villages that experienced higher levels of violence induced by the broadcasts have higher living standards six years after the genocide. They own more assets, such as land, livestock and durable goods. Output per capita from agricultural production is higher, and consumption levels are greater. These results are consistent with the Malthusian hypothesis that mass killings can raise living standards by reducing the population size and redistributing productive assets from the diseased to the remaining population. However, we also find that the violence affected the age distribution in villages, raised fertility rates among female survivors, and reduced cognitive skills of children. Together, our results show that political mass killings can have positive effects on living standards among survivors in the short run, but that these effects may disappear in the long run.