Department seminar. Johanna Rickne is a Professor of Economics at the Swedish Institute for Social Research, Stockholm University, and part-time Professor of Economics at Nottingham University. She is also a CEPR Fellow, Wallenberg Academy Fellow, and an affiliated researcher at IZA and at the Stockholm China Economic Research Center. She will present the paper: "The Gender Gap in Meaningful Work: Explanations and Implications". 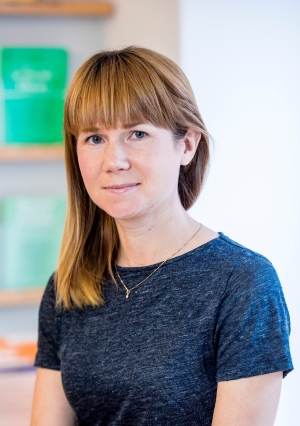 An understanding of gender differences in non-monetary work conditions is fundamental for a complete characterization of individuals’ well-being at work, that is, to fully characterize gender inequalities in the labor market. We examine one such condition — meaningful work — using nationally representative survey data linked with worker and employer administrative data. We document a large and expanding gender gap in meaningful work, wherein women experience their jobs as more meaningful than men. We find little support for explanations based in labor market decisions related to first parenthood or to women’s under-representation in leadership jobs. Instead, the gap appears largely driven by sorting of more women into jobs with a high level of beneficence — the sense of having a prosocial impact — such as nurse or midwife. While both women and men experience such jobs as more meaningful, women do so by a larger margin, which may result from an alignment between beneficence and the stereotypical female role. Turning to implications, we explore how women’s advantage in meaningful work compensates for their wage disadvantage. While this compensation is about one-third in the lower half of the wage distribution, it is insignificant in the upper half, where the gender wage gap is most pronounced. We also uncover suggestive evidence linking men’s lower experience of meaningful work to the political trend of grievance-based mobilization for the populist radical right, pointing to political implications of the gender gap.

Link to the paper [PDF].

The seminar is held at the Frisch Centre: Gaustadalleen 21, 0349 Oslo.

The link to the Zoom meeting: https://frisch-no.zoom.us/j/64318637020?pwd=ajlhRjZhbXBYamFGczM0cFZkeFZFUT09