Department seminar. Adrien Auclert is an Assistant Professor  in the Stanford Economics Department. He will present the paper: "Demographics, Wealth and Interest Rates in the 21st Century". Co-authored by Hannes Malmberg, Frederic Martenet, and Matt Rognlie. 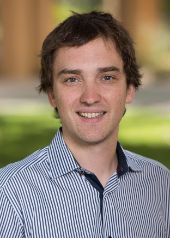 There is broad agreement that population aging increases wealth to income ratios and reduces interest rates. In this paper, we quantify the strength of this mechanism using a general asset demand and supply framework, combined with demographic projections and wealth and income data from 16 different countries. We first find that, absent behavioral responses, aging directly increases net asset demand by shifting the age distribution towards older households, who own more assets and work less. For the 21st century, this compositional effect is large: an average of 100% of GDP, similar in magnitude to the postwar increase in wealth/GDP in the countries we consider. In a small open economy life-cycle general equilibrium model, behavioral responses tend to strengthen the compositional effect, and the increase in net asset demand translates into a large increase in wealth/GDP. In a closed economy, uncertainty surrounding asset demand and supply elasticities imply uncertainty over how much interest rates will need to fall to equilibrate asset markets, and whether falling interest rates will mainly drive up the value of assets, or push down the asset holdings of households.