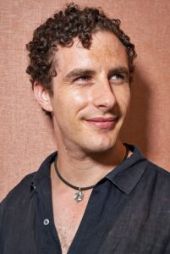 Mechanism Design grew out of William Vickrey’s aspiration to refine Henry George’s vision of an egalitarian market society without a central planner.  Yet Vickrey’s ideas have been mostly used either in narrow ways, often for corporate profit-maximization, or to study abstract optimal mechanisms that few take as believe are serious proposals for social reform.  To take Vickrey’s transformative vision seriously rather than literally we need to earnestly aim for his radical goals with mechanisms robust enough along many formalizable and non-formalizable dimensions to allow articulation and defense in the public sphere.  Such an approach is increasingly being pursued by economists and computer scientists collaborating with entrepreneurs and activists, especially within blockchain communities, under the name “cryptoeconomics”. We illustrate this perspective in three areas: approximating Vickrey’s scheme for private goods, approximating it for public goods and allowing participants to engage in costly learning about their own preferences.  In each case, practical near-optimal designs are feasible.